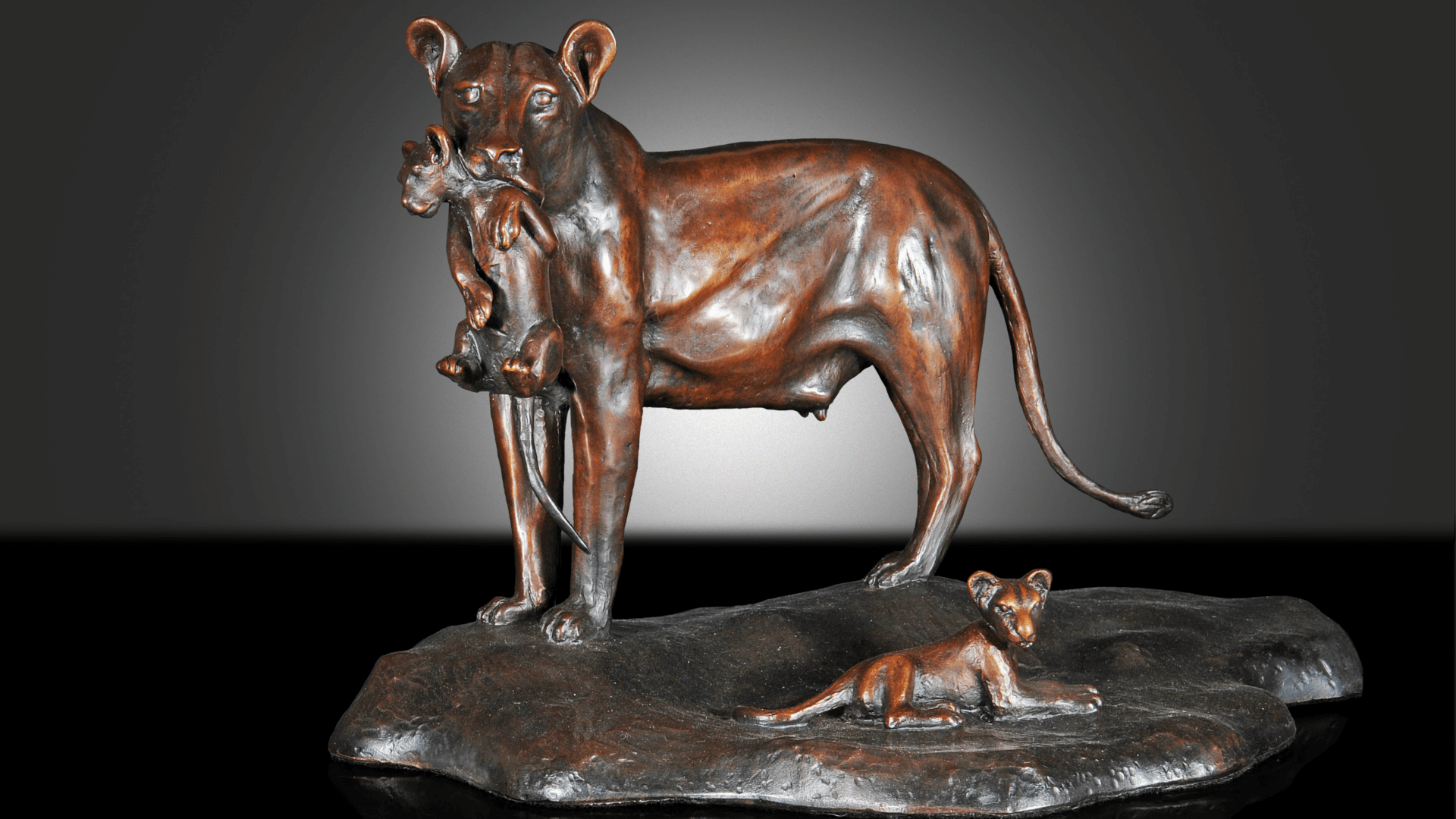 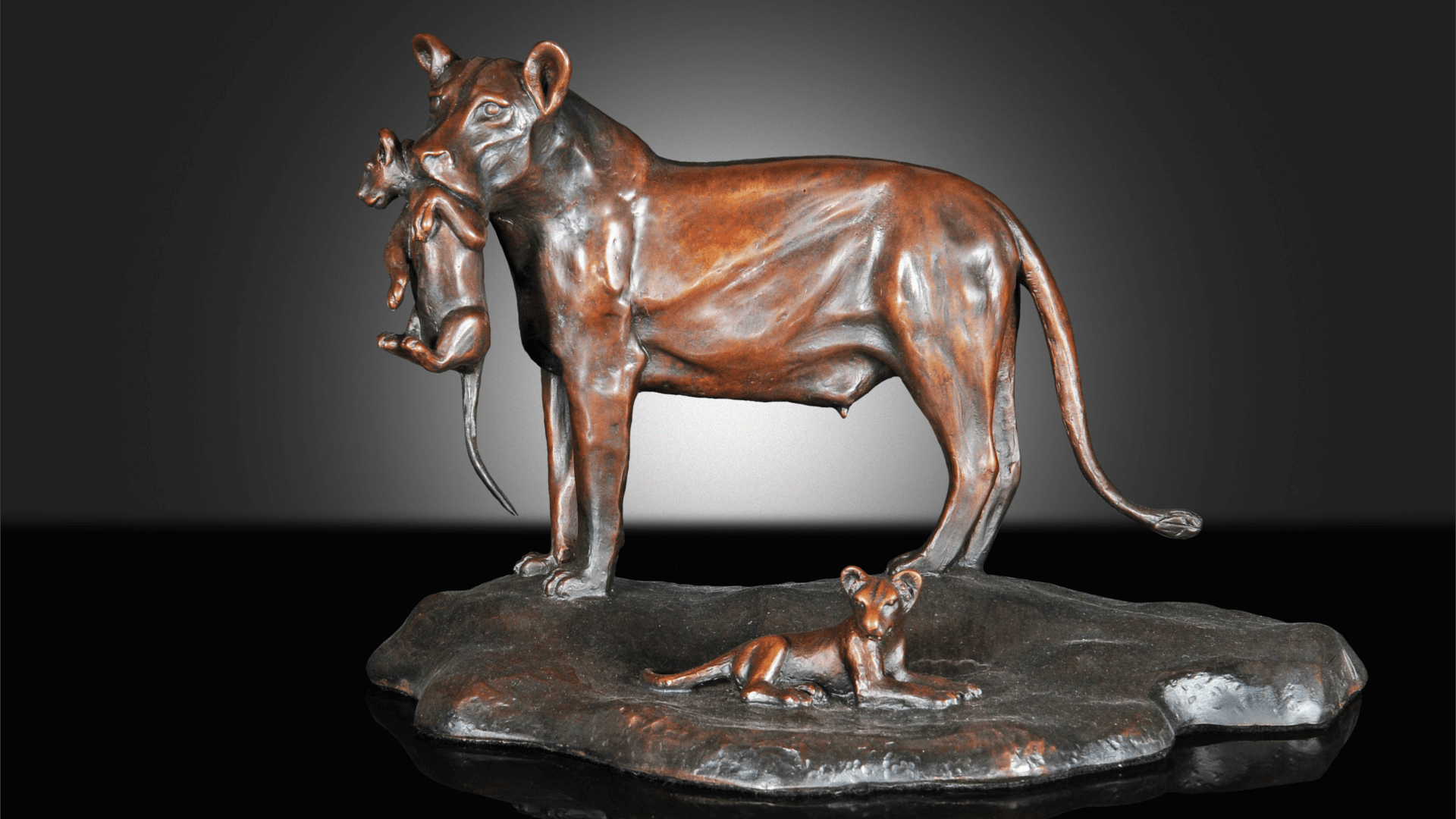 Throughout history, the African lion has represented courage and strength.
The cat is easily recognized both by its roar and the male's mane. Lions, which live in groups called prides, and are the most social cats. The size of a pride depends on food availability, but a typical group includes three males, a dozen females, and their cubs.
The lion is the only cat exhibiting sexual dimorphism, which means that male and females lions look different from each other. Males are larger than females (lionesses). A lion's body ranges in length from 4.5 to 6.5 feet, with a 26 to 40-inch tail. Weight runs between 265 to 420 pounds.
Lion cubs have dark spots on their coat when they are born, which fade until only faint belly spots remain in adulthood. Adult lions range in colour from buff to gray to various shades of brown. Both males and females are powerful, muscular cats with rounded heads and ears. Only adult male lions display a brown, rust, or black mane, which extends down the neck and chest. Only males have dark tail tufts, which conceal tail bone spurs in some specimens.
White lions occur rarely in the wild. The white coat is caused by a double recessive allele. White lions are not albino animals. They have normal-coloured skin and eyes.
Lions sleep for 16 to 20 hours a day. They most often hunt at dawn or dusk but can adapt to their prey to change their schedule.
They communicate using vocalizations, head rubbing, licking, facial expressions, chemical marking, and visual marking. Lions are known for their fierce roar, but may also growl, meow, snarl, and purr.
Seventy years ago there were 500000 lions in Africa, today only about 20000 left. 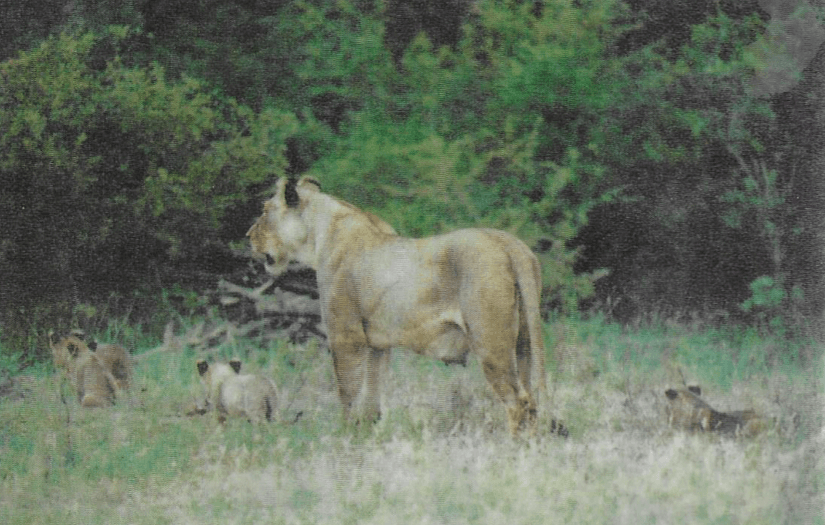 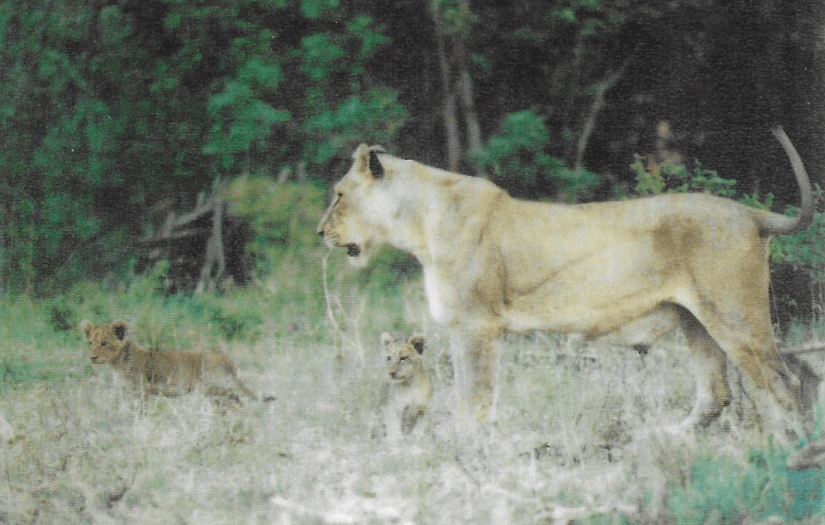 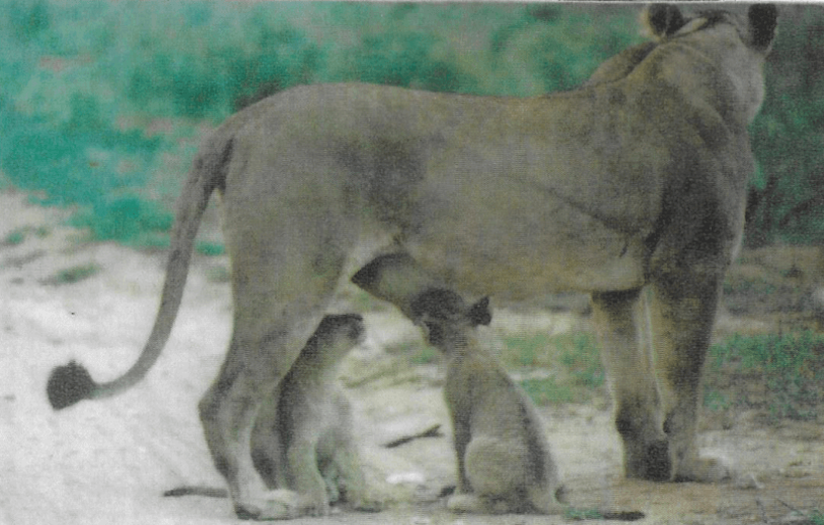 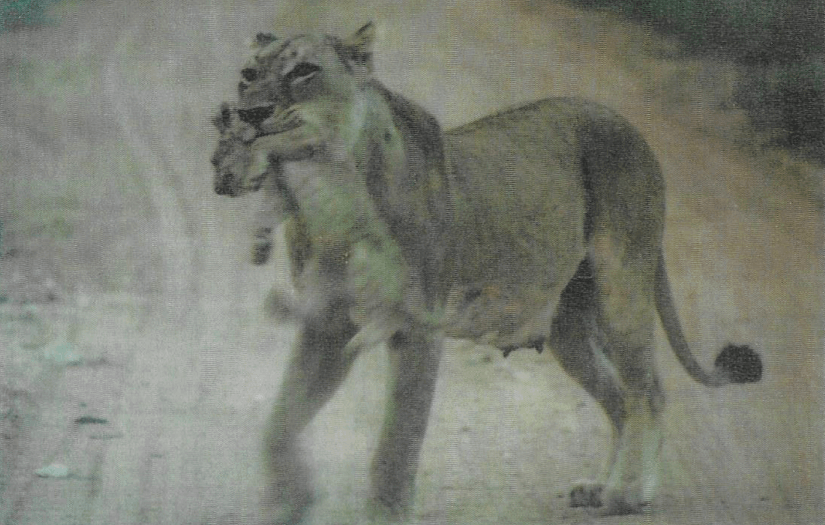 This sculpture was inspired by the sighting on Roy's game farm one magical morning.

There were two female lionesses and eight cubs. The one female called the cubs which all came running except one.

She picked the naughty one up in her mouth and with a toss of her head she threw the little cub as a punishment.

I am sure that little cub listened the next time she called it!