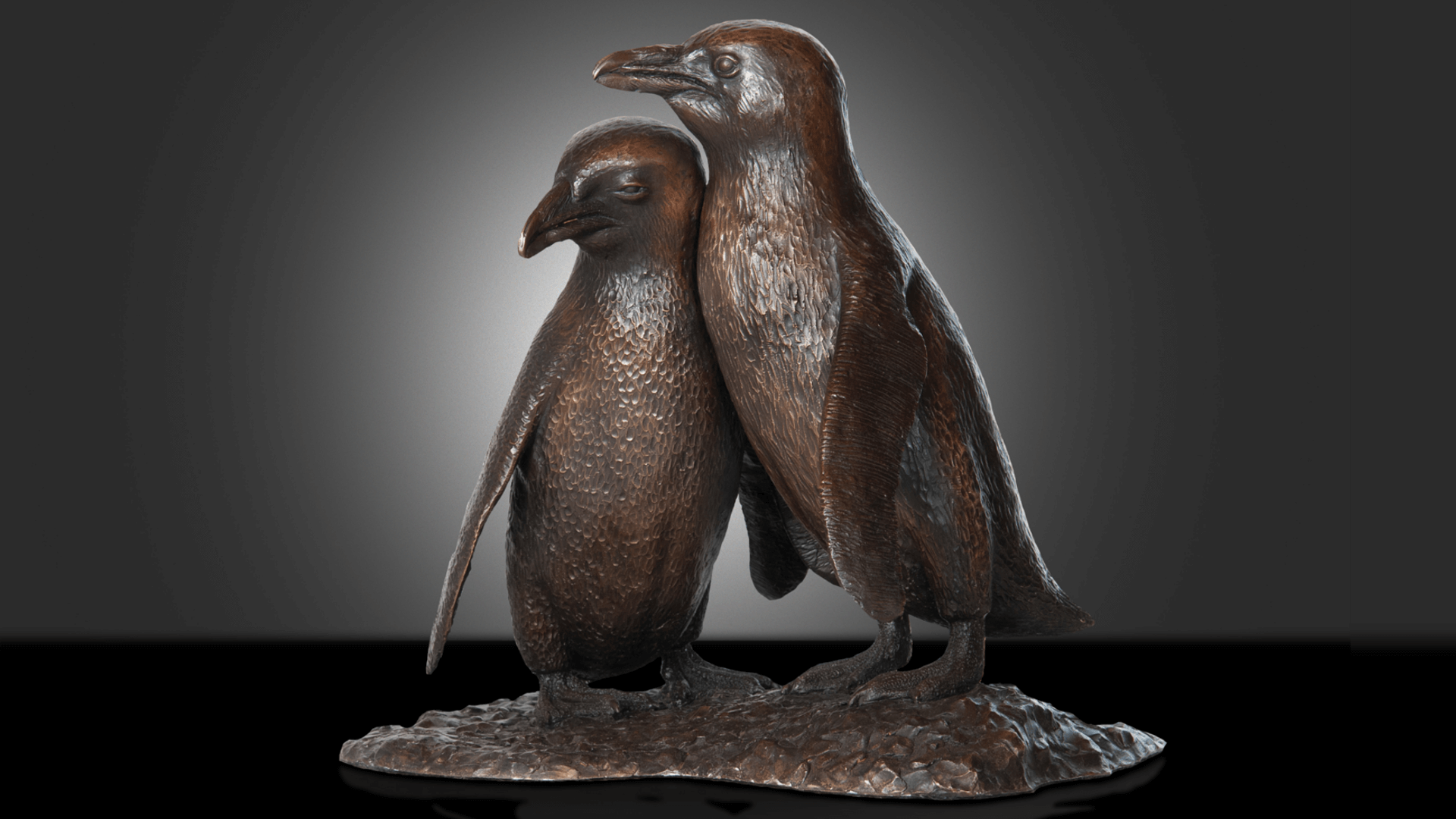 Til Death Us Do Part

Used to be called Jackass Penguin due to its loud donkey-like braying.

This sculpture is available as a pain bronze or painted sculpture.

The African penguin is endemic to coastal areas of southern Africa.

It is a charismatic species that is known for its loud donkey-like braying noises, distinctive black and white plumage and large breeding colonies.

It is a flightless bird that is well adapted to life at sea and land. The body is streamlined with modified wings that resemble flippers, which enable them to be efficient swimmers, and a thick coat with overlapping feathers that assists with waterproofing, wind resistance and insulation.

The African penguin has experienced rapid population declines over the past century as a result of overexploitation for food, habitat modification of nesting sites, oil spillages, and competition for food resources with commercial fishing. As a result, it is classified as Endangered by the IUCN Red List and it is listed under Appendix II of the CITES (Convention on International Trade of Endangered Species).