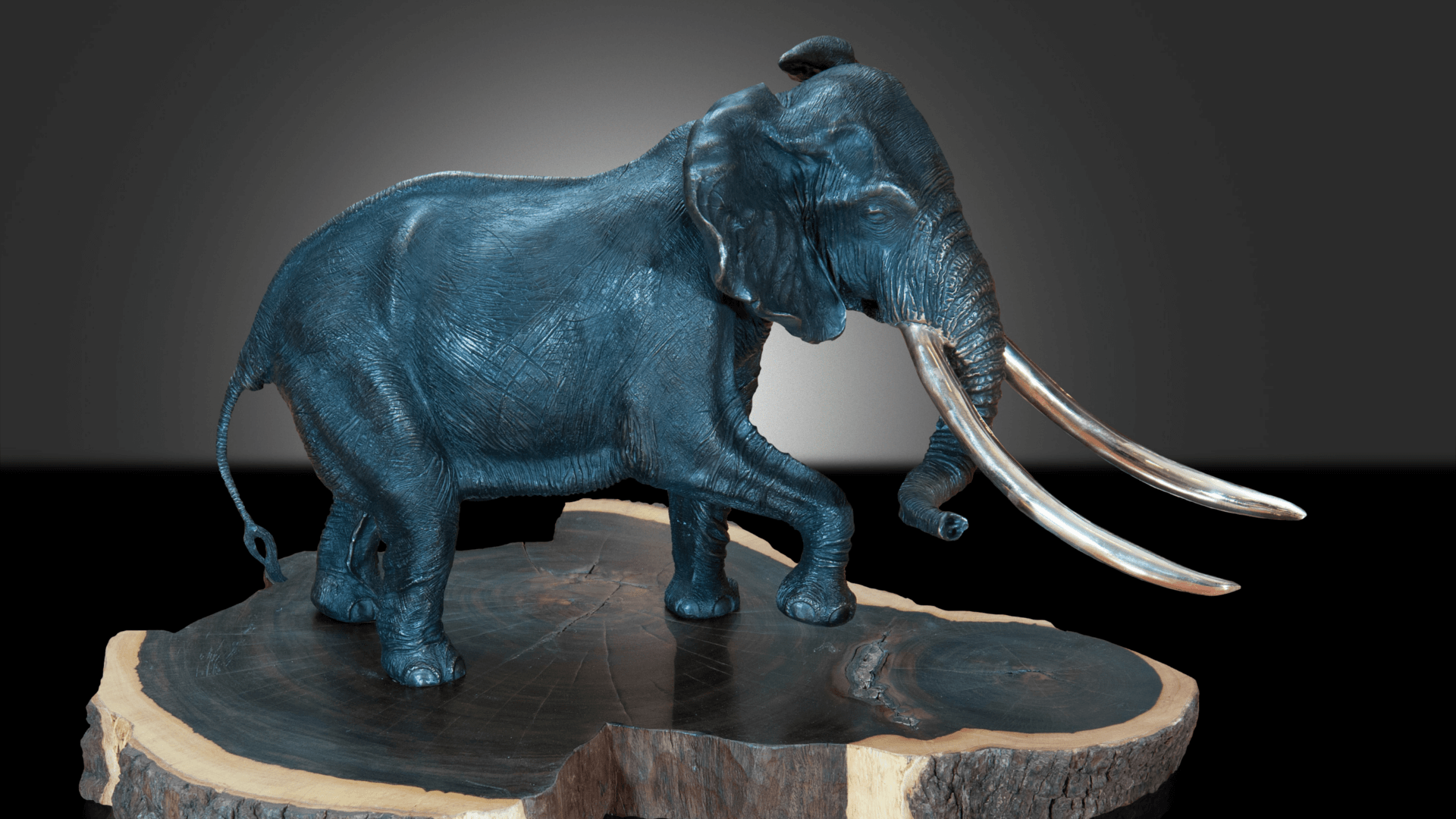 Stand: A plinth made of Leadwood 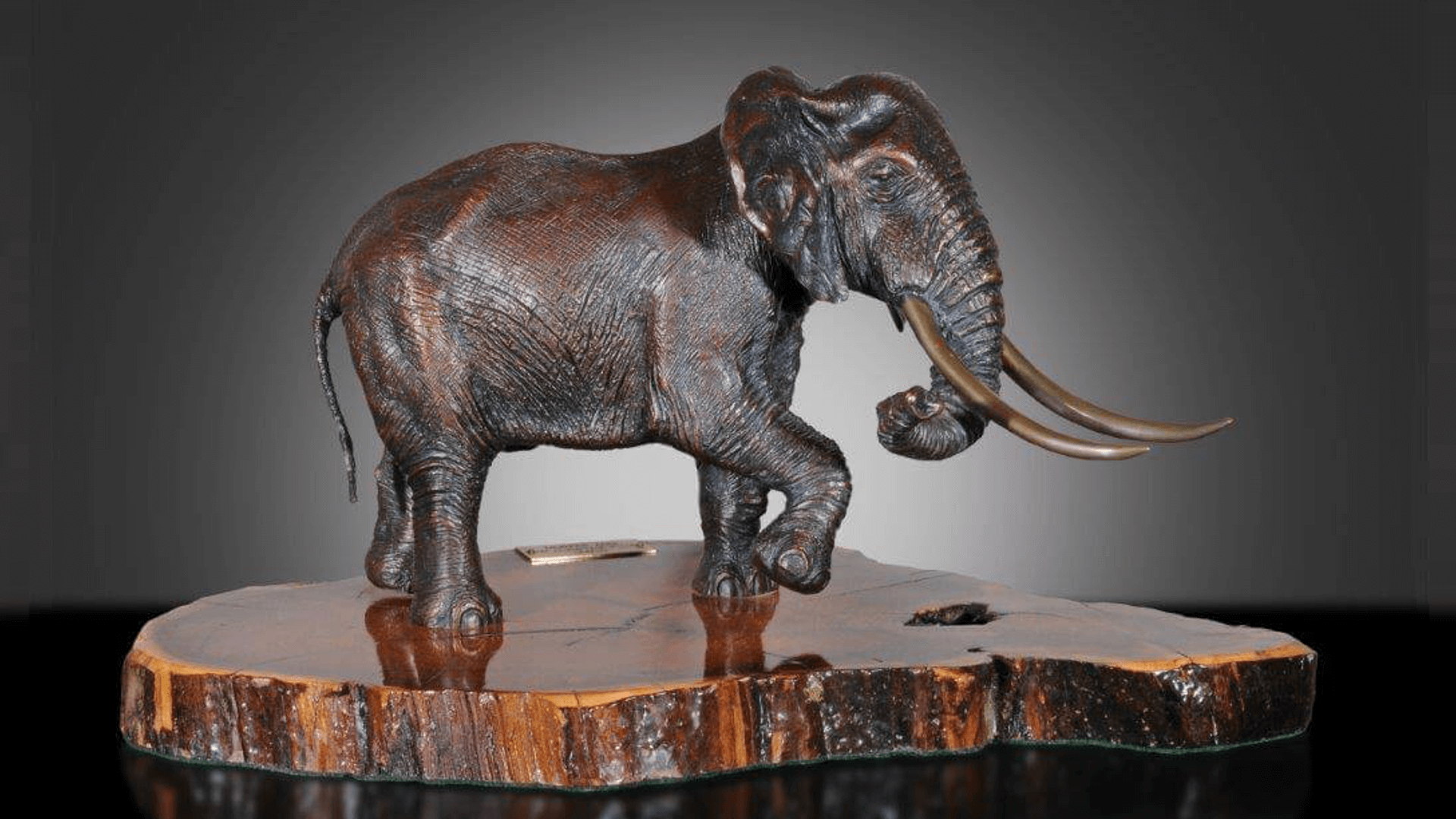 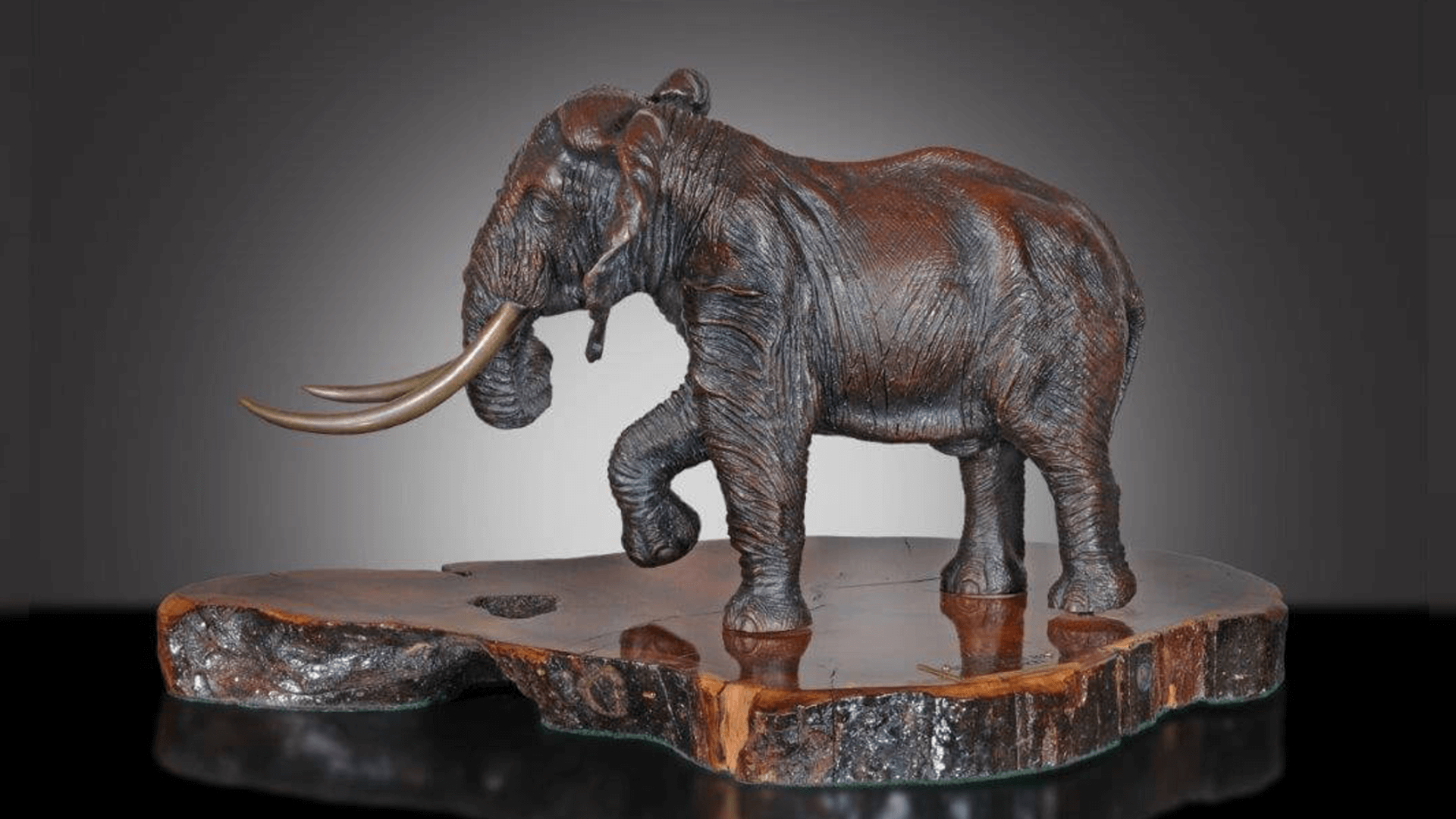 Emerging tuskers are named after previous rangers and field rangers who have made notable contributions to conservation and the KNP. Duke was named after the ranger, Thomas Duke who was based at Lower Sabie between 1903 and 1923.

One of the oldest tuskers in the Kruger National Park (KNP), Duke, died on October 1, 2011, seemingly of old age. Duke was identified as a new generation tusker but has claimed the king of the Kruger tuskers title previously held by Shawu (as far as length goes).

Shawu's tusks measured 317sm (left) and 305cm (right) while Duke's left tusk reached 321cm and the right measured 293 cm. Mandleve, another first-time Kruger tusker, still holds the title of the heaviest tusks ever recorded tusker in Kruger, surpassing Phelwane the previous holder of this honour with a combined weight for both tusks of 142,4kg. Duke's tusks had a combined weight of 140,40kg.

Duke's carcass was found along Makambeni Spruit near west of the S28 road, five kilometres from Crocodile Bridge Camp. Crocodile Bridge section Rranger, Neels van Wyk became worried when he noticed that there was no movement from Duke's collar signal for a few days. He investigated only to find Duke's five-day-old carcass along the Makambeni stream.

"Although Duke was old, we are very saddened by this magnificent bull's passing as he was very popular and had avid followers who always asked about him. In the past few years, there had been enquiries as to whether Duke was still with us; so when news of his passing came through we assumed it was rumoured doing the rounds again" said William Mabasa, head of the department, public relations.

Duke had already lost both his tusks and in 2010 was fitted with a tracking collar. He was estimated to have lived in the KNP bush for over 55 years. As is normal practice, the head and tusk remain, and perhaps the skeleton will be recovered and stored for possible display purposes.